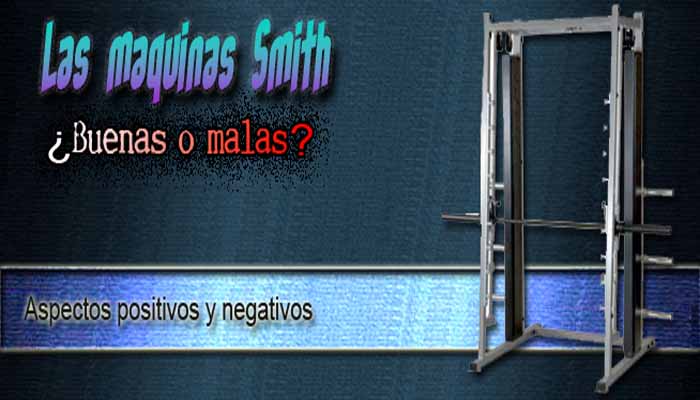 Let’s take an example: When we are doing the traditional bench press with the free bar, it moves back a little then forward as it travels up. When doing the bench press on the Smith machine, the weight moves upward only, no curvature or anything. Over time, great stress is placed on the wrist, elbow, and shoulder joints. At the very least, you’re going to end up with nagging pain like I did in your shoulders. I can validate that once I stopped using the Smith machine 3-4 weeks later, all my shoulder pain was gone.

Another example is the squat , an exercise frequently performed on the Smith machine. When most people squat on the Smith machine they place their feet a bit on the back of the torso, or directly in front of the bar, so the back is straight allowing free movement from top to bottom… This is! evil! The correct form is the feet placed shoulder width apart, with a slight arch in the back, so you can then move up and down.

One last thing to keep in mind is that you won’t be able to build muscle and strength as fast as you would with free weights compared to the Smith machine . It all leads back to stabilizing the muscles and using them to help balance the weight and perform the exercise. In fact, a study in the “Journal of Strength” (research in December 2009) compared the free squat with the Smith machine squat in six healthy individuals. Researchers used electromyography to measure muscle activation and found that free weights activated an average muscle rate 43% more than those performed on the Smith machine!