Breast milk contains a substance, called selenoprotein P, that contributes to the neurological development of the baby, according to a study published recently in the journal Food Chemistry .

The researchers of this study developed a new method for analyzing breast milk that was able to quantify the levels of compounds that the baby receives during breastfeeding, discovering for the first time the presence of selenoprotein P.

This substance is involved in the production of hormones, in the immune system and is responsible for transporting selenium to the brain. A deficiency of this protein could be associated with some neurological disorders and other diseases, such as Alzheimer’s and Parkinson’s.

The director of the study, Tamara García Barrera, has stated that this discovery of selenium in milk in the form of selenoprotein P “opens up several possibilities for research on the influence of breastfeeding on the neurological development of the baby.” 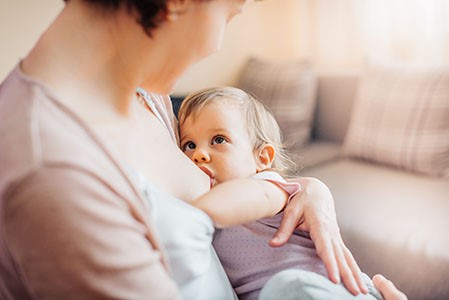 Until then, the transport of this substance through the umbilical cord and amniotic fluid was known, but it was unknown that this process continued during lactation.

Selenium helps the body function properly and prevents the formation of free radicals that damage cells. Several diseases, such as cancer and infertility, are associated with selenium deficiency.

The results of the study also offer more data on human milk that may contribute to improving formula milk.

FUNIBER promotes the Master’s Degree in Maternal and Child Nutrition, a program for professionals who want to expand their knowledge on aspects related to fertility, nutritional strategies for pediatric diseases and other factors that contribute to normal growth and development in childhood and adolescence.