What exactly is ketosis? The metabolic state of ketosis simply means that the amount of ketone bodies in the blood has reached higher than normal levels. When the body is in a ketogenic state this means that we will use fat for energy. This means that the body will begin to break down its own body fat to use for fuel. Energy to perform all the functions of the body.

The classification of ketogenic diets addresses the restriction in the amount of carbohydrates, either because fats or proteins predominate (low-carbohydrate diets) or because the total amount of nutrients is insufficient to provide the necessary energy (deficit caloric). 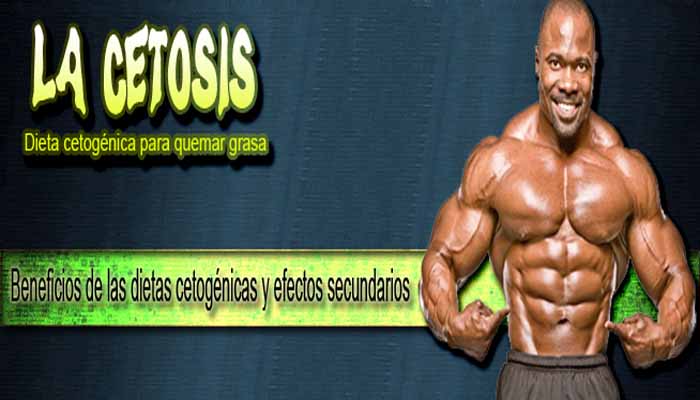 This is how they develop:

Low-carbohydrate diets: In general, they provide less than 50 grams of carbohydrates and which, in turn, are subdivided into:

Low-energy (hypocaloric) diets: Such diets provide an insufficient amount of carbohydrates and energy (not more than 1,000 kcal). They are used in the treatment of obesity and are not intended for bodybuilders.

Establishing the metabolic state of ketosis, even for a short period of time, has many unique benefits.

Glucagon on the other end of the spectrum is the insulin antagonist hormone that is also secreted by the pancreas when insulin drops to very low levels, this normally happens when a person skips meals, or does not consume adequate amounts of carbohydrates for an extended period of time. When this happens, glucagon is secreted by the pancreas to break down the glycogen stored in the liver into a more user-friendly form, glucose. But what if this continues and the glycogen in the liver is depleted? This is where the metabolic state of ketosis comes in, because the pancreas can also begin to break down free fatty acids into a usable energy substrate, also known as ketones, or ketone bodies.

Side effects of ketosis

Anti-catabolic effects of the ketogenic diet

Every reduced calorie diet is catabolic, which means it can cause muscle loss. It is a fact! This is mainly due to the fact that on a low calorie diet many of the anabolic hormones in the body are significantly reduced. In addition to the fact that most dieters do large amounts of aerobic exercise, which is a very good way to catabolize muscle. So the main thing we can try to do is lose as little muscle as possible when dieting, or even possibly rebuild lost tissue, which is where carb-up comes into play, but I won’t talk about that in this article.

Aside from hormonal reasons, the main reason catabolism occurs is because protein breaks down, or catabolizes, to create glucose. This is because the brain uses a glycogen cargo ship, more than 25% of the body’s glucose. Now, when carbohydrates are restricted, the body still needs glucose for the brain, so it is forced to break down the protein in its own muscle tissue.

Now, in the state of ketosis, the brain prefers ketones over glucose. For the diet it is very good because the body will not have to break down proteins for energy. In turn, the body will be forced to use its fat stores, also known as its love handles, for energy. This is why ketogenic diets are a great option.